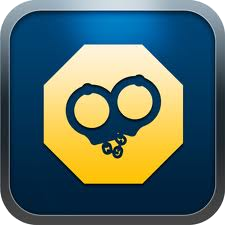 Crime Stoppers originated in Albuquerque, New Mexico in 1976 when a Canadian born Albuquerque Police Detective had reached a dead end in a frustrating homicide investigation. Greg MacAleese was frustrated over a lack of information and evidence needed to solve the case he was working on. He surmised that someone must have been a witness to the crime because it occurred on a busy street. He persuaded his department and members of the local media to film a television re-enactment in order to appeal to the public for help in solving the case.

A re-enactment was televised with MacAleese offering a cash reward from his own pocket and guaranteeing the informant's total anonymity. Within 18 hours of the broadcast, information was received which resulted in the arrests and convictions of the suspects.

Crime Stoppers is a registered, non-profit charitable organization, structured as a working alliance between the Community, the Media and the various Police agencies. The program provides a medium for tipsters wishing to remain anonymous to provide valuable information to assist the Police in their investigations. Crime Stoppers callers never have to identify themselves or give evidence in court and are eligible for a cash reward of up to $2,000.00.

How Does It Work?

Crime Stoppers encourages people to call with information to solve crimes already committed, crimes about to occur or wanted persons.

By providing information that Crime Stoppers will share with law enforcement agencies, you are providing an important and valuable public service. We understand that disclosure of your identity might put you at risk. We do everything we can to protect your anonymity. However, that anonymity may be open to challenge in the following situations:

For a fuller explanation of these principles, help us to help you by reading and understanding the “Tipster Information” on the Canadian Crime Stoppers website.

All Tipsters calling the Crime Stoppers line are eligible to a cash reward up to $2000.00. The type of crime solved, number of arrests, etc. will determine the amount of the award.

How is Crime Stoppers Funded?

Rewards are not funded by tax dollars. Money for the operation of Crime Stoppers and rewards is raised from the private sector by Members of the Board of Crime Stoppers. The Board is comprised of citizens throughout the county.

How do people use the program?

If you have any information on any crime, you are requested to call Crime Stoppers at 421-TIPS (8477). Callers out of the Woodstock or Ingersoll area may call toll free at 1(800)222-TIPS (8477). Crime Stoppers callers never have to identify themselves or give evidence in court and are eligible for a cash reward of up to $2,000.00.

Crime Stoppers is NOT a police program, but is run by a board of directors made up of a group of concerned citizens within the county. Crime Stoppers is one of forty programs across Ontario, and one of a hundred across Canada and one of nearly one thousand world wide!